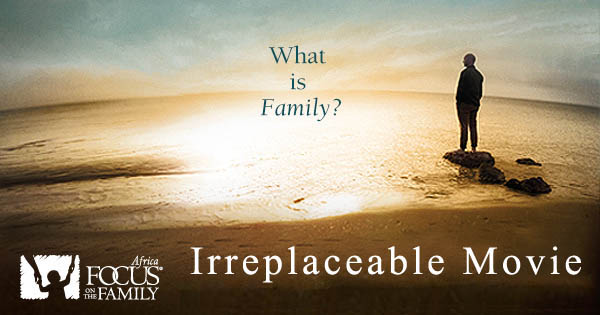 If you would like to partner with Focus on the Family and become a participating church, please complete the sign up form and one of our staff will contact you in order to get all your details so that we can send you the screening pack.[/one_half]

In the Month of November 2014, Focus on the Family will be partnering with Churches around the country to screen the movie: Irreplaceable. This feature-length documentary film explores answers to the important questions “What is family?” and “Does family still matter in today’s society?”

You’ll join host Tim Sisarich, former Executive Director of Focus on the Family New Zealand, as he travels the world on a quest to explore what family really means and why it’s important to humanity. While on the journey, he discovers why all humans have a yearning to be in a family and to be a part of something bigger than themselves. He also explores the forces contributing to the breakdown of family, including the decline of marital commitment, the prevalence of “anything goes” sexuality, and the rise of fatherlessness.

Why Is It Important?

Unfortunately, the word “family” has all but lost its meaning in our modern cultural landscape. And the fallout has been significant. Divorce. Crime. Poverty. Addictions. Abuse. Our attempts to redefine and reimagine the family only make these problems worse, not better. When the family is weakened, society suffers.

But strong families make the world a better place. And that’s what Irreplaceable is all about. The documentary is timely and provocative, challenging audience members to take a closer look at their own families and to consider what can be done to make the family stronger.

Promotion of the Movie

There are a number of resources available to help you promote the November screening
Your Kit will include:

Following the movie “Irreplaceable” we will be launching a DVD based small group curriculum called “The Family Project”. The Family Project will help families understand their personal significance in God’s great plan, equipping them to live with an eternal perspective and model God’s design for family to their peers, their communities – and to the world around them.

This kit includes 12 small-group study sessions on 5 DVDs with topics ranging from marriage and sexuality, family relationships and how families can thrive and serve God. We aim to make this available through Christian Bookstores nationwide as well as through our own Bookstore. This is a great resource that combines information with inspiring stories and practical tools to help 21st-century families thrive.

Please contact us with any questions or queries you may have concerning the screening or The Family Project.

We appreciate your continued support for the Family in South Africa.[/two_third] 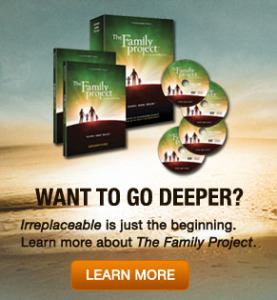 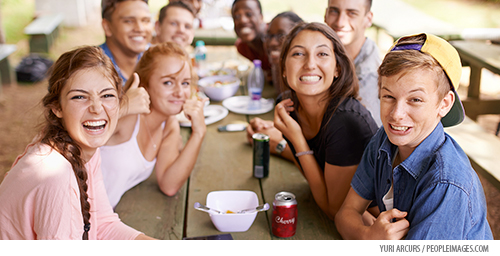 My daughter dates by spending hours texting with a guy,” my friend told me the other day. “I’ve never met him, and I don’t know what they do online, but it makes me uncomfortable.” This friend expressed the same confusion and concern that many parents experience about the teen dating scene.

Today, dating means something completely different from a girl waiting by the phone for a boy to call and ask her out. A mom told me, “I was stunned to learn that dating for my daughter meant Facebook chatting with a guy in her class and changing her status to ‘in a relationship.’ ”

However teens define it, more than half of U.S. teens date regularly (casual, nonexclusive) and a third have a steady (exclusive) dating relationship. Their dating landscape has changed from those of previous generations because of the inclusion of social media and texting and the influence of a young-adult hook-up culture that fast-forwards to casual sex.

So how do we help guide our teens toward healthy, God-honoring relationships? By combining the best of modern and traditional approaches.

Make use of today’s customs

Not all modern dating trends are unhealthy. Thanks to a modern tribal mentality, teens are more comfortable getting to know each other in group settings — and often dating in groups. This makes it easier for a love interest to be vetted by friends and for teens to hold each other accountable. Obviously, peer pressure can go in a negative direction, but this lessens when we get to know the individuals in their group. As our teens become attracted to someone, we can ask their friends to help be a gauge for whether our teens are remaining true to who they are or changing their personality to fit with their love interest.

For those teens allowed to use age-appropriate social media, parents and teens can quickly learn about people’s character and values based on what they post on their social media. These searches can be used to start discussions about the qualities of a future mate and what teens are looking for in a boyfriend or girlfriend.

Texting, though not the ideal form of social communication, has a positive side. It allows teens to spend time getting to know each other apart from the physical side of a relationship. Although unmonitored technology could lead to sexting and compromising selfies, parents shouldn’t fear this form of communication if they’re willing to set boundaries.

Some parents have the rule that if they ask for a teen’s phone at any time, the teen must hand it over for texts to be read. If the phone isn’t easily handed over, texting privileges are lost for a time. Other parents allow only a certain number of texts, thus requiring teens to be more careful with their words.

Don’t forget the past

As strict and “old fashioned” as previous generations may seem, their culture upheld clear moral standards. For instance, an unmarried girl could never be alone with a boy in her bedroom (or anywhere in the house), and teens had curfews. They needed to let their parents know where they were going and what they were doing — and with whom. These boundaries were set up to protect teens from temptation, undue harm and shame. The same boundaries can help keep modern teens’ actions in check and safeguard their hearts, minds and bodies from regret and hurt.

Put it all together

Parents really can harness the best of today’s and yesteryear’s customs. We can encourage group activities, but also require that we meet each “friend” face to face. As we establish reasonable curfews, we can require them to tell us where they are and help them set personal boundaries. We also need to extend those boundaries into any social media and texting we allow them to have.

Setting boundaries, though, isn’t a one-time deal. It’s important that we keep the dialogue open so we can help our teens understand the why behind every rule and patiently work through their concerns with them.

Our teens aren’t really that much different from teens of past generations. Just like we once were, they’re apt to be confused about how to deal with the opposite sex. Parents Bryan and Hayley have helped their teens by creating a “safe zone” during the dinner hour. They have open discussions with their three teens about sex, relationships and the importance of giving and receiving respect and honor. This safe zone, where anything can be talked about, helps teens navigate their changing world.

Teens need someone to listen to them, love them and walk with them through the process of establishing healthy relationships. What a wonderful lifelong gift we give our teens when we become that someone for them.

Ginger Kolbaba is the author of The Old Fashioned Way.

This article appeared in the February/March 2015 issue of Thriving Family magazine and was titled “Dating in a Digital World.” Copyright © 2015 by Ginger Kolbaba. ThrivingFamily.com.